Fleet Officer John Corcoran and Officer in Charge Liam McHugh handed over the keys of Ambulance No. 3 to Catherine Canny from Candle of Grace. 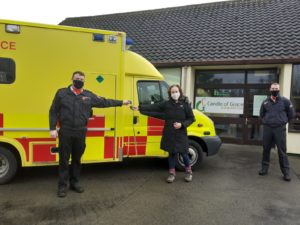 We now have three ambulances at our Charity`s base in Leitir, Islandeady . Our mission now is to raise enough funds to transport the ambulances to the Chernobyl region as quickly as possible as they are much needed.  Some of the medics and volunteers in Ukraine are driving around in dilapidated and dangerous vehicles which are in a bad state of disrepair.

We have planned an online St Patrick’s Fun Quiz and we are looking at other fundraising options. Anyone who wishes to donate to our Ambulance appeal can do so on our payment options on the website. 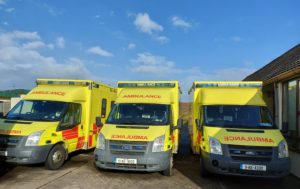 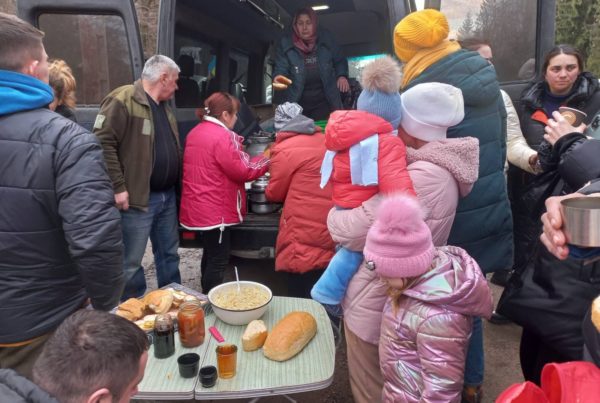